But I felt kind of like a celebrity when one old friend of mine from Havana told me that he heard that. From the people I never even spoke to (also living in Havana)! That’s the funny part.

Of course it’s not all roses. No marriage is but where did this gossip come from? No idea.

The other day we have celebrated my another thirty something birthday 😉 We also have holidays booked for next one year and half. So no break ups until then 🙂 We want to drink that Greek ouzo together 🙂

But a lot of breake up situations happened in the last few weeks.

Also here in Poland. Fidel came back from work the other day and apparently one of the Cubans who was working with him left with no words. He and his girlfriend (Polish) were in a long distance relationship until one day she decided to invite him. For us here in Poland it’s quite an investment. Besides all the paper work to get the visa, the plane tickets are quite expensive. In a lot of cases it might costs a person’s monthly salary. It also costs a lot of nerves. The journey is long especially when we have to send our love through one the biggest Europe’s airports like Frankfurt. Not all of us have time and money to go get our man. But anyway, they went though all of that and they were living happily in Poland for few months. Until one day she woke up, went to work and when she came back he was gone. As well as all his stuff. He left for another woman somewhere in Europe. 🤯🤯

Also a good friend of mine, Polish as well, sent her boyfriend back to Cuba only 5 days after he arrived. Aparently there was a young Cubana waiting for him back home. Of course when he got back and realized what opportunity he has just lost he tried to get back with my friend. Like…seriously?🤦🤦

But there are some happy ends. Our friend and another Fidel just got married in Canada this weekend 🙂 All the best guys. Fidels (but one) are good company to spend your life with. 👰 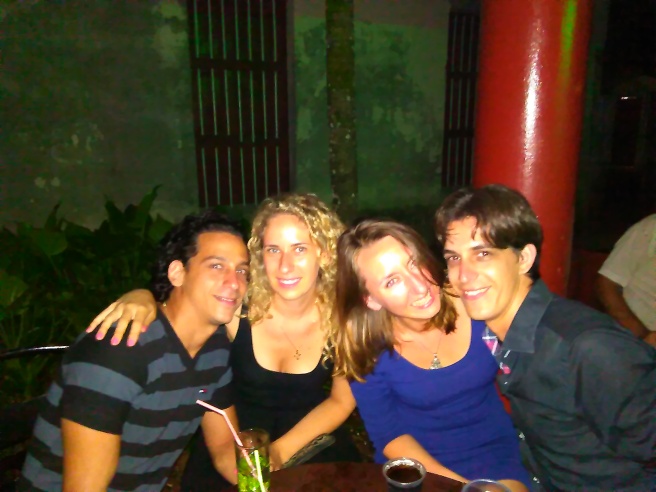 And you know what? Having good people around you it’s a key. My family has always been supportive but there are people out there waiting for you to fail just to say “you see, he only wanted Europe/USA/ Canada visa”. Ignore them and do what you feel is the best for you.