I know I’ve been married to Cuban for more than 3 years but a lot of you are still in the first stage of dating (or maybe thinking about dating) a Cuban.

There are some things you should know before you start to date a Cuba. It is so different and just more dificult than just dating a guy from your country.

Why is that? Well the logistics ain’t easy. If you’re lucky and live in Miami you can go pretty often but flights from Canada or Europe are expensive. Not mentioning that if you have 9 to 5 job you don’t get that many days off per year, and it doesn’t make sense to go for less than a week. My shortest stay was 9 days.

They actually like to show they have some money. So if they have some they will invite you out. Probably not to the most expensive place out there but they will. They will pay for rum, will invite you home to eat with their family. If they can’t afford it they will invite to the beach or for a walk. Anything that they can afford. At least at the time they get to know you… Later it changes (not always) but if you met Jinetero guy you will be suprised how quickly “i’ll invite you” becomes “send me recarga or 300$”).

Yes they like to invite you to go out. But they have absolutely no problem when women pays. If they don’t have money they will admit that. In Cuban society being poor is nothing to be ashamed of. Most people are poor. So he will not say anything when you’ll pay for dinners out or plane ticket. Oh maybe he’ll say he feels bad once or twice. But most Cubans don’t really have realistic value for money.

They will though do things we forgot existed. Like opening the door for you or picking up the flowers from wherever they see it or dancing in the rain. And we will think “guys in my country don’t do that anymore, how cute”. And we’re lost lol.

Oh meeting mum in Cuba it’s a good sign. Not saying that only by meeting his mum you’ll live happily ever after, but nobody invites a girl home (Cuban or Yuma) if it’s not serious. Why ? Because Cuban mama does not have time to meet girls who don’t matter. So in the other hand, if you’ve been to Cuba few times and he didn’t take you home – red flag for me 🚩🚩🚩. So if you were taken home and had a meal with the family you are one lucky girl. This doesn’t change the fact some families are worse than jineteros themselves and cover everything to get their piece of cake. 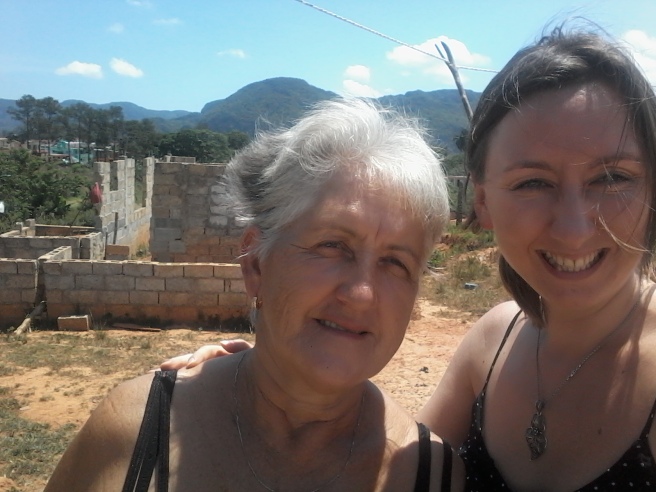 Yep. Staying in a cuban home is not for everybody. First of all, Cuban houses are in 90% packed. Now Fidel’s mum lives alone but when we met there were 4 people living in a 2 bedroom house. No place for me. So I would stay in Casa Particular and Fidel would stay with me and when I moved to Cuba we rented a small, yellow house. So when your bae says he does not have conditions to have you it’s probably true. Another thing is that you need permission to stay in his house before you get married. For me it’s not a big thing, more time alone at the beggining better you’ll know him. Most Casa Particular will register him/her with you. If he doesn’t want to do that >> 🚩🚩🚩. 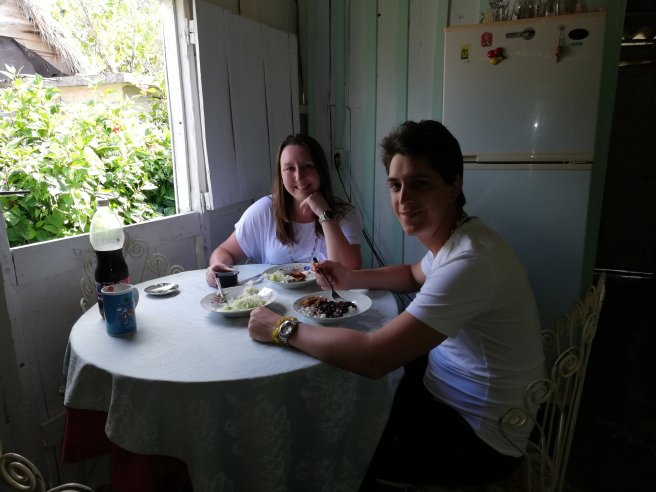 Are there any gifts possible? Not as many as in a “normal” country. So I remember receiving flowers (probably taken from neighbour’s garden) and a dress! Yes, a dress. Fidel bought me this Cuban style green dress that i really like actually. Of course all family was involved. It was like 15$ so they had to make sure it fitted. Fidel’s mum came to our house and said her niece (yea right) was having the 15th birthday and had body exactly like me…and she made we wear all the dresses and stuff and tell me to pick I liked the most for her. So I said that I like the green one because I’m pale but there was a nice pink dress that would suit more a latina girl. She said “the green one then” and left running. I was like “Teresa, can you tell me where all these clothes are available, maybe I could buy me something?”. “NO!” -she screamed. That was so funny. I knew it was for me the exact moment 😀

So don’t expect too much. Maybe a souvenir so you don’t forget Cuba, a bottle of rum or some juwelry with no packeging. But there isn’t much more they could give you, not because they don’t want to.

That’s a big part of Cuban dating. At least when they date a Yuma. Why? Well because first of all not everyone have money to do so, so Cuban-Cuban couples stay more at home, they walk together or go the park when there’s a free party. But not too many people can actually eat out.

But Cubans love music so don’t be suprise they want to be out all the time. Of course it depends a lot on the city he’s from. In some places sitting on the street with one bottle of rum does for the party. Soemtimes it can be even frustrating because we would like to be alone with them sometimes and there are people around all the time.

You can always take him to Varadero or similiar but you invite – you pay my dear. 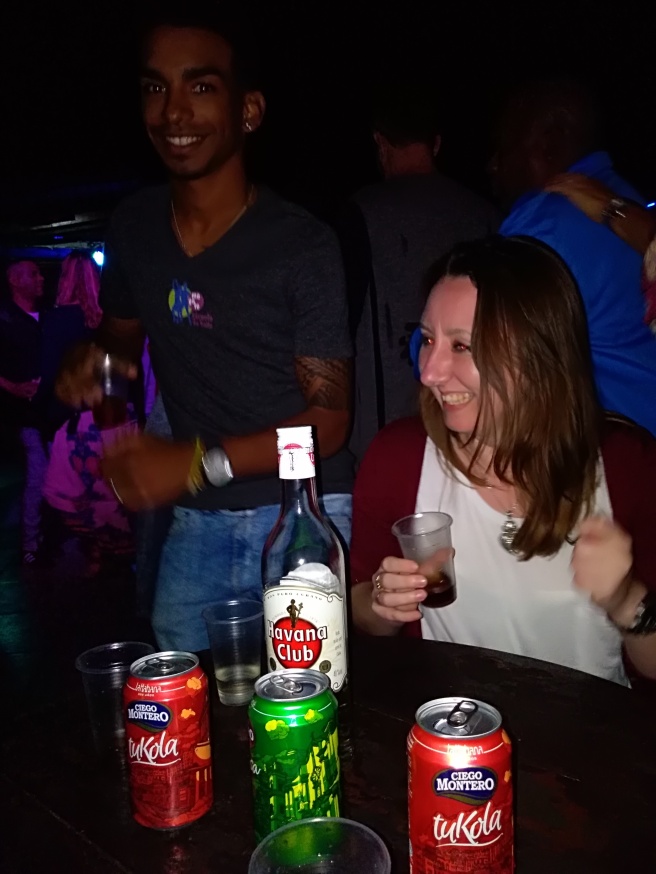 “I love you” thing

You will hear this one very soon. And this may be for two reasons : 1) he’s in love with you, 2) he is not but wants something for you. How to be sure? No idea. For sure do not ignore all the red flags and don’t torture yourself too much. If it’s meant to be, it’s going to be.

And talking of that, I was thinking to write about the positive stories for a change so if you would like to share your happy end with me, please send me a photo and a short story of you two 🙂 I will be waiting for it on fidelsgirl@gmail.com. 🇨🇺🇨🇺🇨🇺