Most of Cubans are considered Catholic. However Cuban churches are empty.

Most of people has wives and husbands. But nobody is actually getting married.

Cubans laugh at Catholics prayers. But they are sure that rolling a coconut around the house will scare the bad spirits away.

So what do Cubans believe in?

Since Cuba was established by Spanish, it didn’t have other option tan become Catholic. I all changed after the Revolution. Communism is not a big fan of religion so even Christmas holidays were canceled until the early 90’s. However it was never forbidden to practice and attend the mass.

If you go to Cuba you´ll notice that every little village has its church, often located on the main square. Havana is full of them. What´s strange about it? Well that I actually have never seen anybody inside. I didn´t  see any wedding or first Communion. I don’t even know who the priest is in Viñales! Churches are open mostly for tourist to see them.

Despite the fact that 60% of Cubans are considered Roman Catholic only around 4% practices it. By this I don’t mean going to church every Sunday. I mean things more like baptizing their kids etc.

Maybe it’s because of the Communist history of the island but Catholicism in Cuba it’s just not the thing. The colonial churches though it’s something worth to see. 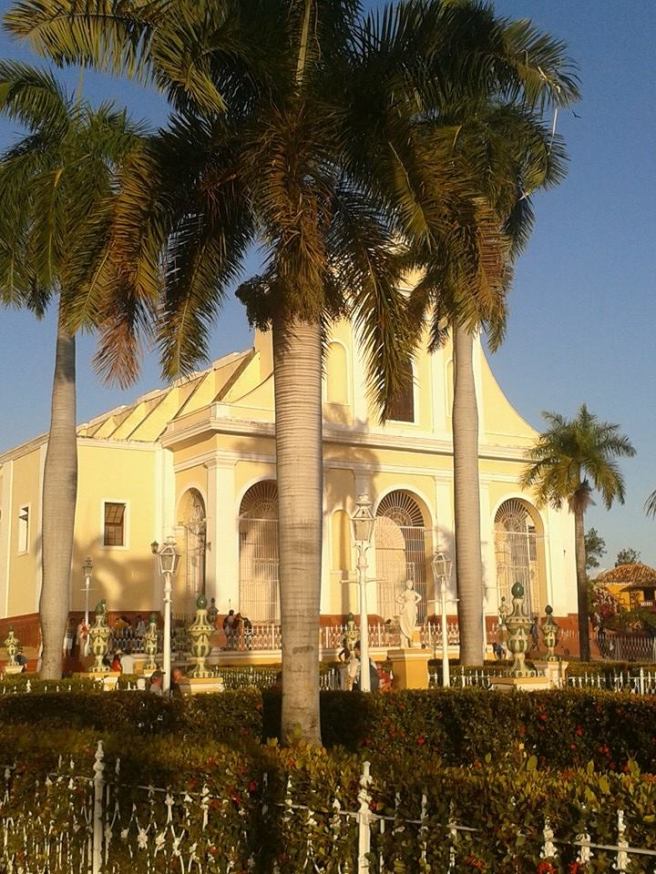 For centuries Cuba was a hot spot of the Atlantic slave trade. Slaves from Africa were brought to Cuba in 16th century and were used to work on the sugar cane and coffee plantations until the end of the 19th century. The statistics say that even 60% of Cubans today may be descendants from the African slaves.

The Africans brought their Yoruba religion with them, along with traditional dance and beliefs. After some time it got mixed with the Catholic religion (Cuba is an island after all) and that’s how ¨Santería” was born. “Santería” is a Spanish word for “worship of saints”. These two religions were mixed mostly so the Africans could still practice their religion without being punished.

Now most of santeros (preachers) are actually baptized or have something to do with the Catholic religion.

Of course there are many different types of Afro Cuban religions out there. Depending on the region you will able to find different rituals and superstitions.

The gods in Santería are called “Orishás” and the most important are Oshún, Shangó, Obbatalá, Yemayá and Elegguá, etc. They all have their different way of dancing. When in Cuba you will see a lot of shows dedicated to the Orishás.

The most popular cult I found in Cuba I think. Everyone in Cuba have a picture of this old men with his dogs. Next to the picture you always find a glass of wine (he loves wine), a cigar, food and money. San Lázaro was a biblical character who found his place in Cuban beliefs.

When you have a problem you give him more wine and money to make the old guy happy. A lot of people promises him things like going down on their knees somewhere or something similar and painful. And once you make the promise there´s no going back. The old guy doesn´t like that.

The apogee of his cult has a place in Rincón next to Havana, where in 1917 a church of San Lázaro was built. In December hundreds of people visit it to fulfill what was promised.

San Lázaro is known for healing people. That´s why most of Cubans who promises something to him, do it to help somebody from the family. At the same time the leprosy is considered a punishment from San Lázaro from taking him something or not fulfilling the promises.